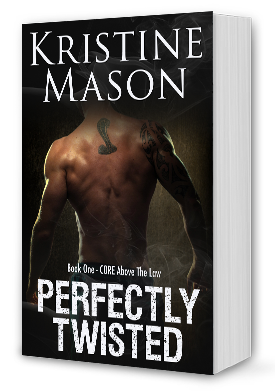 Book 1: CORE Above the Law

What do you get when you mix a snake-handling reverend, a necrophiliac, a cop and an ex-con? Something perfectly twisted…

Sound like the start of a bad joke? Not to Shane Monahan. The ex-con and newest recruit to the underground criminal investigation group, A.T.L. or Above the Law, has it bad for Collier County Deputy Beth Price. But ex-cons and cops don’t mix, especially when this particular ex-con is looking at going back to prison for his involvement with A.T.L.

All Beth wants is a fun distraction from the stress of her job and law school. She thinks she’s found that when she meets Shane during an airboat tour through the Florida Everglades. But Shane’s a felon, a man who could destroy her career as a deputy, and jeopardize her future as an attorney. She doesn’t know what to do—until dead bodies start showing up around the county.

When three abused corpses are found with snake remains inside them, the discovery brings a murderer out of retirement. The Reverend, as he calls himself, doesn’t like his kills being mimicked, especially by a man who abuses the dead—after all, the Reverend does have a reputation to uphold and a congregation to scam. Now it’s time to teach his copycat a deadly lesson…