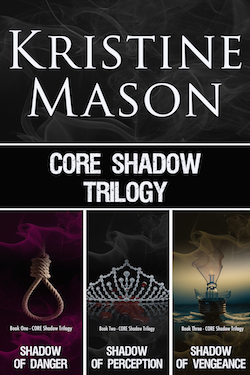 CORE: Criminal Observance Resolution Evidence—When having the best is a matter of life and death…

She sees too much…

Four women have been found dead in the outskirts of a small Wisconsin town. The only witness, clairvoyant Celeste Risinski, observes these brutal murders through her psychic visions. Called in by the local sheriff to help stop the killer, John Kain, former FBI agent turned investigator for the private agency, CORE, has no use for psychics. But as more dead bodies are discovered, the criminalist reluctantly turns to Celeste for help. Yet with each step closer to finding the killer, John finds himself one step closer to losing his heart.

What happens when negligent plastic surgeons get a taste of their own medicine…?

When investigative reporter Eden Risk receives an unmarked envelope containing a postcard ordering her to watch the enclosed DVD or someone else dies, she turns to CORE for help. But that help comes with a catch. Her former lover Hudson Patterson is assigned to the case. And as more DVDs arrive, they not only find themselves knee-deep in a twisted investigation, but forced to deal with their past and the love they’d tried to deny.

Welcome to Hell Week. You have seven days to find him…

At Wexman University male students will do anything to join a top fraternity. They’ll prove their worth during Hell Week by participating in a variety of pranks. But those shenanigans aren’t so funny when pledges start disappearing. CORE agents Rachel Davis and Owen Malcolm are on the hunt for a killer who’s kidnapping and murdering pledges. Time is ticking. They have only seven days to find the latest missing pledge and catch a killer. Seven days before the body count rises with another victim. Seven days to fight their attraction for each other before one of them ends up hurt. 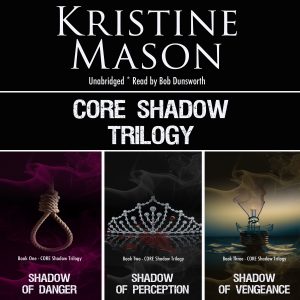