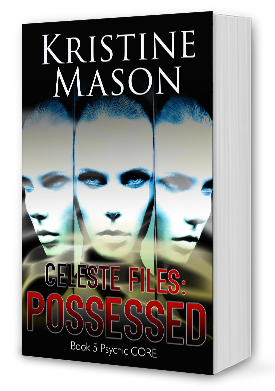 Her husband is a killer…

John Kain is possessed, trapped in his own body while an evil spirit takes over his life. But the sinister ghost isn’t just interested in a second chance at life. He has a diabolical agenda, one that involves murdering John’s family.

Months ago, psychic Celeste Kain sent the dead 1920s gangster, Vigo Donati, to Hell. Or so she thought… When her husband becomes erratic, violent and out of control, she finds a hidden cache of prescription drugs and worries John has an addiction. Until a psychic vision shows Vigo killing a man. The coincidence is too much and she’s convinced the gangster has taken control of John.

With her family in danger and John’s life at stake, Celeste needs to rid her husband of Vigo’s spirit before he uses John’s body to kill. Because if Vigo wins, she’ll lose John forever…