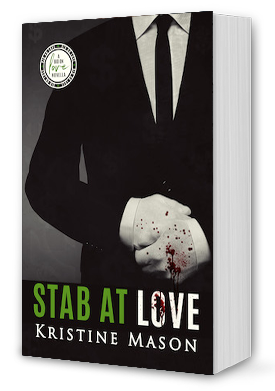 Sex, murder and photography were Ashton Wolfe’s passions. When he’s asked to participate in a bachelor auction for a local charity, he jumps at the opportunity and offers to take his date to Abernathy Manor, a haunted mansion in Williamsburg, Virginia. It’s been months since he’s watched the life drain from a woman’s eyes and he plans to make the winning bidder his next victim. Why not do it surrounded by ghosts?

Because Ivy Ellis hasn’t had the best luck with men, butterflies haven’t infused her belly for more than two years. Until she meets Bachelor Number Six’s intense gaze during the charity auction. Most women might think it creepy to have a man stare at them as if they were his prey. But there’s something in the bachelor’s eyes that calls to her. She can’t put her finger on what it is, but knows she has to be the highest bidder to discover what lies beneath the man in the mask.

As she and Ash spend a passionate weekend together, Ivy believes she’s found her soulmate. Meanwhile, Ash struggles with dark emotions. The killer hadn’t planned on falling for his victim, and now he doesn’t know what to do with Ivy. Keep her or kill her?