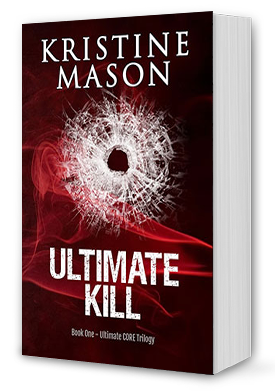 When the past collides with the present, the only way to ensure the future lies in the ultimate kill…

Naomi McCall is a woman of many secrets. Her family has been murdered and she’s been forced into hiding. No one knows her past or her real name, not even the man she loves.

Jake Tyler, former Marine and the newest recruit to the private criminal investigation agency, CORE, has been in love with a woman who never existed. When he learns about the lies Naomi has weaved, he’s ready to leave her—until an obsessed madman begins sending her explosive messages every hour on the hour.

Innocent people are dying. With their deaths, Naomi’s secrets are revealed and the truth is thrust into the open. All but one. Naomi’s not sure if Jake can handle a truth that will change their lives. But she is certain of one thing—the only way to stop the killer before he takes more lives is to make herself his next victim.