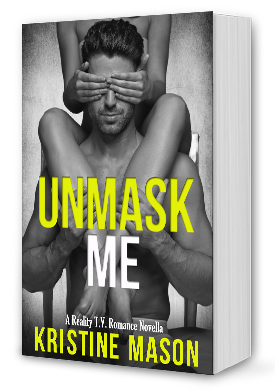 Wade Morgan opened the door to the cabin that had cost him a half-week’s pay to rent. When he glanced at Ali, he knew it had been money well spent. Her hazel eyes were wide and bright as she looked around the interior, her pretty smile growing by the second.

“It’s beautiful,” she said, turning into him and pressing her soft breasts against his chest. “Thank you. I can’t believe you remembered.”

This weekend marked the second anniversary of their first date. He’d forgotten about the ‘first date’ anniversary last year, and had caught a little hell for it. Ali wasn’t the type of woman who pouted or sulked. She didn’t throw many fits, either. She was laid back and easy going. But this time last year, when they’d been heading out for dinner, she’d been…off. Disappointed.

He’d thought it was because the small boutique clothing store she owned hadn’t had a good month. He’d found out later that hadn’t been the case. No, apparently ‘first date’ anniversaries were a thing. Since he’d never had one, how in the hell was he supposed to know? It didn’t matter now. With a whole lot of groveling, he’d smoothed things over then, and had marked May fourth on this year’s calendar, determined to show Ali he could be that guy. The kind who remembered the little things that made a big difference. Which was why he’d taken her away from their hectic lives in Los Angeles and brought her here, to a cabin nestled in the Lake Gregory-Crestline area of California.

Needing a taste of her lips, he pulled her closer. “I’m surprised, too. Being around you makes me forget just about everything else.”

Amusement sparkled in her eyes as she gripped the front of his shirt and angled her mouth closer to his. “You used that line on me the first day we met.”

He grinned. Yeah, he had, but he’d meant it. When he’d first laid eyes on Ali Crawford, he’d known he was a goner. She had one of those smiles that made him a little weak at the knees, and eyes that stopped him dead in his tracks. They were expressive and always let him know where he stood. The night he’d met her at a mutual friend’s barbeque, those eyes of hers had given him the green light, had told him she was interested in what he was offering. Though, at the time, he hadn’t been offering or looking for much. A girlfriend hadn’t been on his to-do list, but it’d become top priority after spending a few hours with Ali. She’d hooked him with her smile, smarts and sexy curves that had his imagination running wild.

He brushed his lips along hers. “What if I told you it wasn’t a line, and I’ve never said it to another woman?”

“I’d tell you to shut up and take me to bed.” She slid her fingers into his hair. “Now.”

Before she could derail his plans with a kiss he probably wouldn’t want to end, he gave her lips a quick peck. “We’ve got all weekend. Why don’t you fix us something to drink while I finish unloading the car?”

She moved her hands along his chest. “What are you drinking?”

“I was thinking about a whiskey and Coke.”

He kissed her again. “I can’t wait to taste it on your lips.”

She let out a playful groan when he left her standing in the doorway. Chuckling and thinking about a whiskey in his hand, and his girl snuggled up next to him on the sofa, he opened the backend of his SUV. They needed this weekend. They’d both been working long hours—Ali at the boutique, him at the plant. There’d been a few days this past week where they hadn’t even seen each other, which was what had made him finally decide to take the plunge and make their relationship permanent.

His stomach did a little jig. He blew out a breath and tried to gain control of his nerves. What did he have to be nervous about? This was Ali. He loved her, she loved him. They had everything in common, and he couldn’t see himself with any other woman. And it wasn’t like he was twenty-two, fresh out of college and still trying to get his life together. He’d just celebrated his thirtieth birthday last month, owned a house and made a good living as plant manager for a company that manufactured railway components and systems. He set their bags on the gravel, then closed the backend of the SUV. As he breathed in the pine air, his stomach settled. Life was good, but could only get better waking up next to Ali every day.

After picking up their bags, he headed inside. She greeted him with a smile and his whiskey and Coke. “This place is so cute,” she said once he’d dropped their things in the bedroom.

“Is this what you’d call rustic chick?” he asked, purposefully screwing up the word and hoping to make her laugh. When she did, he wanted to kiss the smile off her lips. There was something sexy about a woman with a great sense of humor, and he loved that Ali laughed at his lame jokes.

She set her drink on the coffee table in front of the stone fireplace, then twined her arms around his neck. “Yes.” She grinned. “This place is the very definition.”

“See, and you don’t think I pay attention to those decorating shows you’re always watching,” he said, moving his hands from the small of her back to her rear.

“Can I get that in writing?”

She grinned. “Let’s not get crazy.”

“I don’t know.” He rubbed his hand along her fine ass, and kissed the corner of her mouth. “I wouldn’t mind getting a little crazy with you.”

“Define crazy?” she asked, opening her legs to press her heat along his thigh.

A slow, sexy smile curved her lips. “During the drive you were complaining about being hungry.”

He had been, but with the way she was grinding against him, the sweet smell of her perfume clinging to his clothes, her breasts pressing against his chest, he’d take making love to her over food any day. “Later,” he said, grazing his mouth along hers.

This weekend was about them and their future together. There was no rush, no need to strip her naked and put her against the wall for a quick fuck. He planned to take it slow, enjoy this quiet time with her—enjoy her body, her smile, her company. But when her tongue met his lower lip, and she slid her hand along his erection, those plans evaporated.

He fisted the back of her long dark-brown hair. “I’m trying to be good.”

She gripped his dick through his jeans. “That’s a shame, because I want to be bad.”

His heart quickened and his abs tightened. He swallowed. Hard. Ali loved sex, and had always been willing to experiment. “How bad?” he asked, down and dirty images suddenly running through his mind… Ali’s legs spread, him on the floor, his head cocooned by her thighs.

Since he planned to keep her naked for most of the weekend, he saw no reason for her to change into anything else. But it turned him on that she’d gone to the trouble to buy something special to wear, and it also had him wondering what she’d been thinking about when she’d been trying on lingerie.

He gave her bottom a squeeze before easing away from her. “Whatever you want,” he said, giving her a quick kiss.

“Can I get that in writing?” she asked as she made her way to the bedroom.

He chuckled and shook his head. While she changed, he approached the fireplace. He smiled when he realized it was electric, and flipped the switch near the mantle: instant flames. Although he loved building fires, and the electric fireplace took away some of the cabin’s rustic charm, he didn’t mind. He’d rather not smell like a fire pit when he was making love to his woman.

With the fake fire going, he tried to relax. It’d only be a matter of time before he was buried deep inside her body. But his head was screwing with him, making him question whether or not he should follow through with his weekend plans. Maybe he should keep his mouth shut and not mess with the current status of their relationship. They’d talked about the future, how they’d both love to have kids and retire in Hawaii. The brief talks they’d had about those things had been just that—brief, noncommittal. Except he did want to have kids with Ali, and could picture them walking the Hawaiian beaches in their sixties. The question was, could she?

“That’s quite a fire,” she said, laughter in her voice. “How’d you manage to make it roar so quickly?”

When he turned, his breath caught. He’d expected sexy lingerie, but what she had changed into was downright naughty. Black and lacy, one piece and see-through, the material clung to her torso and breasts—revealing a hint of nipple, and hugging her curves like a second skin. The fake firelight licked at her long legs, drawing his attention to her sex, to the shadow of her dark hair, to where he wanted his mouth…

Return to Unmask Me